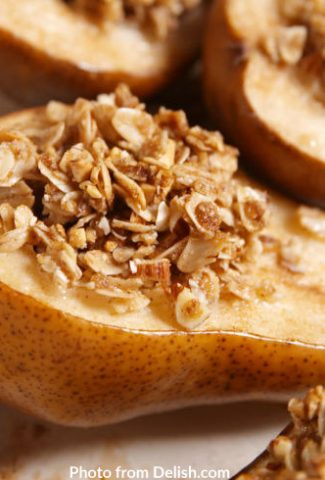 Is there such a thing as a heart-healthy dessert?

Surprisingly there is. Sweets and treats need not always focus on large contents of sugar. If you choose the ingredients carefully, you can prepare healthy desserts for your entire family.

Ingredients with high fat content, such as heavy dollops of cream and butter, contain saturated fats, which can increase cholesterol levels in the body. High cholesterol can lead to heart diseases, kidney problems, and many other diseases caused generally by having a bad diet.

Popular media influence on our diet

While popular media isn’t solely to blame for food-related issues, it is somewhat responsible for the unwanted cravings that many of us struggle to fight off. Popular video games are just some of the marketing ploys that often shove candy and chocolate in our faces whenever we look at our smartphones or social media.

The most popular mobile games today are filled with sugary suggestions and animations, such as Candy Crush Saga and Sugar Smash.

Why can’t more games promote healthy food?  For example, Blast Vegetable and Fruit Shop?  Fruit Shop is featured on the Slingo gaming site. If more games were to promote nutritious meals rather than sugary treats, perhaps we wouldn’t crave so often such unhealthy junk food.

Add fruit to your desserts

To reduce these torturous cravings, we might consider using fruit in desserts. While fruit is much healthier than white sugar, it still contains sugar. It’s therefore best to stick to reasonable portions.

In addition, if you’re going to use sugar, use brown as it’s much healthier than refined sugar.  Brown sugar contains more minerals and other nutrients than white sugar.

Try this recipe for Cinnamon-Baked Pears to create a healthier dessert for your family and friends.  It can also inspire you to create other recipes using fruit and other natural ingredients.

This recipe was kindly contributed by Amanda Conway. 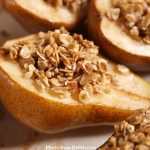